No excuses for not having malpractice insurance

A hypothetical prospective client, Diane, receives two referrals for lawyers who can handle her case. She decides to search for these lawyers on the Attorney Registration & Disciplinary Commission’s website to learn more about them.

One reported he had malpractice insurance, and the other lawyer reported he did not. All things considered equally, which lawyer do you think Diane would choose to work with?

The biggest reason lawyers don’t buy malpractice insurance is because they don’t believe they will ever be sued.

William Lansdon is the regional sales director for Minnesota Lawyers Mutual Insurance Co., or MLM, which has been insuring Illinois lawyers for almost a decade. He explained the problem this way: “Attorneys take a great deal of pride in their work and in their relationships with clients, and because of this self-confidence, they feel they will never be sued. This position is flawed. Just as we cannot predict the actions of other drivers on the road, attorneys cannot always predict the actions of their clients.”

We are in the service business. The probability that you will never have a difficult, disgruntled, dissatisfied client in your entire career is pretty low. Statistically, it is estimated that 5 percent to 6 percent of lawyers in private practice face malpractice claims each year.

As for disciplinary claims, roughly 6,000 lawyers will receive a request for investigation from the ARDC each year. If you practice in the areas of criminal law, domestic relations or real estate, your risk of being the subject of a disciplinary or malpractice claim is high. And if you are a solo r small firm practitioner, you have the highest rate of being sued.

The second reason lawyers don’t buy insurance is cost. When I was litigation counsel at the ARDC, I took countless sworn statements and depositions of lawyers who lacked malpractice insurance. When asked why, they explained they couldn’t afford the premiums.

Not surprisingly, they couldn’t afford to retain ethics counsel either. As a result, they were compelled to defend themselves. They were unfamiliar with the disciplinary process, emotionally compromised by  having to respond to the misconduct charges against them and fearful of losing everything they had worked so hard to achieve.

The third reason lawyers don’t have malpractice insurance is because they are procrastinating or feeling overwhelmed on how to select an insurance carrier.

Jon W. DeMoss, president of ISBA Mutual Insurance Co., explained: “The two most important things to look for when choosing an insurance carrier for malpractice insurance are the strength and experience of the company in providing this coverage and making sure the coverage offered fits your needs.”

Both Lansdon and DeMoss agreed that in choosing a malpractice insurance carrier, you want to know its financial strength rating by A.M. Best Co., the company’s history with insuring lawyers and whether the company has a long-term and demonstrated commitment to the lawyer’s market.

Even after selecting an insurance carrier, many lawyers are challenged by trying to choose the right policy for their practice. You can start your research by going to the American Bar Association’s website and reviewing the wealth of resources provided by the ABA Standing Committee on Lawyer’s Professional Liability.

I am honored to be a member of this committee, and we work very hard to provide resources and programs to lawyers on malpractice issues. You’ll find a list of carriers in your jurisdiction who are committed to the lawyer’s market. You will also find a series of questions that you want to consider in choosing a policy, such as:

• How do the limits of the proposed policy work?

• Will you have a choice of counsel?

• Can the insurance carrier settle the matter without your consent?

• Does the deductible include defense costs?

Stop making excuses and take action today. Not only should you protect your career, you should want to protect your clients if you make a mistake that harms them. Even if you decide to stand by your reasons for not obtaining malpractice insurance, then at least develop a relationship with an ethics attorney whom you can consult with as ethical issues arise.

As time-management author Alan Lakein is quoted as saying, “Planning is bringing the future into the present so that you can do something about it now.” 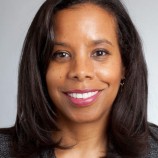